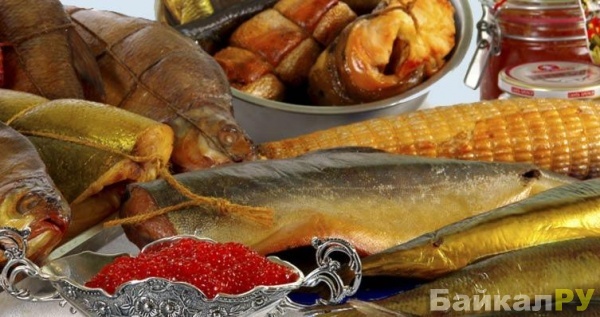 Industrial fishing takes rather insignificant position in the economy of The Riverside at present. Only about 1.5-2.0 thousand ton of fish is harvested in River Angara basin annually, which makes for 15-20% of the total catch within the combined Angara and Yenisei basins or approximately 0.7-0.8 of the combined catch on all internal freshwater bodies of Russia. It should also be particularly noted that, while the share of valuable species of whitefishes (ciscos), sturgeons, salmons, graylings exceeds one half of the catch in the combined Angara and Yenisei basins, the harvest of those valuable fish species within the individual basin of River Angara makes for less than 1% of catch. Commercial fishing is operated only on two of the reservoirs — those of Bratsk and Ust’-Ilimsk, while the bulk of catch is represented by low-value perch, Siberian roach (90%), as well as by carp, pike, etc. The absence of sufficient stock of valuable species in the reservoirs is associated with delays in operation of fish-farms, low establishment rates of coloniser species, clogging of water-bodies with sunk wood and increasing pollution from sewage.

The situation at hand is indicative of the complexity of problems facing commercial fishing in River Angara basin during the latest decades, when the large-scale development of eventually all other constituents of aquatic management complex came into conflict with the traditional patterns of fishing accommodated to the natural regime of rivers and based on spontaneous processes of fish stock reproduction. The deepest effect on commercial fishing of The Riverside was produced by hydroenergetics. The construction of high-pressure hydro installations with no fish passes and the replacement of the riverine water-regime by the lacustrine one as a result of creation of large reservoirs led to insufficient reproduction of migrating fishes and the replacement of valuable species by less valuable ones. The reservoirs themselves were inadequately prepared for commercial fishing due to the clogging of the water-plane and bed of the water-bodies by drifting, sunk or live-flooded wood. Considerable negative effect on commercial fishing was produced by the discharge of polluted sewage into natural aquatic environment, drift-floating and rafting of timber, navigation and river-bed excavation of gravel and sand.

Any further development of commercial fishing is possible on the sole basis of intensification of fish-farming and fishing. Priority in fishing should be given to the creation and maintaining of the aquatic environment beneficial for fish reproduction (discontinuation of polluted discharges, limitation of sharp diurnal and weekly fluctuations of water-level, etc.). In fish-farming, it is the construction of new facilities and upgrading of the existing ones, colonisation of reservoirs by valuable fish species, wide use of ponds, lakes and warm discharge water from thermal electric power plants for the production of commercial fish, etc. The implementation of all the above mentioned activities and conditions would make the harvest of aquatic fields of The Riverside truly rich.

Angara - the daughter of Baikal → WATER AND CITIES

Angara - the daughter of Baikal → THE BLUE WATERWAYS