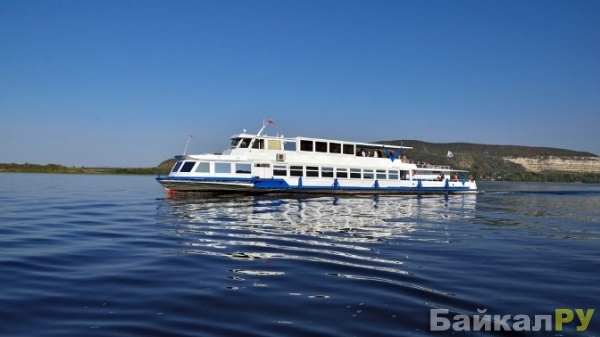 Hundreds of freight and passengers ships plough the blue waterways of The Riverside. «East-Sibe-rian River Lines» is one of the oldest industries of the region: its direct predecessor, S.Myasnikov’s «Baikal Steamlines» will turn 150 in 1994.

Waterways of River Angara basin allow for a fairly broad zone of operation. In the Lower Riverside, where communication by land is eventually non-existent, aquatic traffic via River Angara still plays the leading part in transportation and development of the territory. Meanwhile in the Upper and Middle Riverside, that are equipped with the networks of railroads and automobile ways, aquatic traffic successfully interacts with other means of transportation, either supplementing them or sharing a part of their operations. It is primarily associated with the high cost-efficiency of medium-and long-range transportation of amassed or bulky cargo by water.

At present, the whole stretch of River Angara and the three reservoirs, River Taseyeva, the lower reaches of Rivers Biruysa and Tchuna, the affected by the affluent of reservoirs lower reaches of Rivers Him, Oka, and Iya, are covered by navigation. The length of the employed navigable waterways makes 4.5 thousand km, or exceeds 4% of the total for Russia. About 40% of navigable waterways falls on River Angara and the lines on its reservoirs, the rest is shared between other aquatic traffic on reservoirs, including coastwise navigation in ports, riverside timber rafting installations, and River Angara tributaries — Taseyeva with Biryusa and Tchuna, Him, Oka and Iya.

The bulk of freight shipped between Irkutsk and Bratsk mineral construction materials excavated by «East-Siberian River Lines» in the river bed and islands of River Angara, less share falls on coal, wheat and petroleum products. A variety of consumer goods, food, coal, cement, petroleum products are shipped to the lower reaches of River Angara from River Yenisei. Passengers traffic on the river is a relatively small operation, it transports about 1 million passengers during the navigable season. The major ports and terminals on River Angara are Irkutsk, Angarsk, Usol’ye-Sibirskoye, Svirsk, Balagansk, Ust’-Uda, Bratsk, Ust’-Ilimsk, Kezhma, Kodinsk, Bogutchany, Motygino, Strelka.

A particular branch of aquatic transportation is timber floating, the one that is widely developed in River Angara basin with its rich timber resources. More than a quarter of all timber logged in The Riverside (more than 11 million m3 a year) is shipped by water, either in rafts or by drift-floating.

As late as in the ’80s of the present century, drift-floating was widely practised on most of the major left tributaries of River Angara. However, at present it was stopped on most rivers and is temporarily operated only on the rivers Biryusa,

Tchuna and Usolka, through which timber is drift-floated into River Taseyeva for further rafting; the same is true for River Biryusa with tributaries Tumanshet and Tchuna down to the towns Biry-usinsk and Tchunskii, where the timber is reloaded on railroad and shipped on for processing. The share of drift-floating is less than 20% of the total volume now, but the clearing of the former drift-floating rivers from the sunk logs will take, by expert evaluations, no less than 3-4 decades.

The bulk of timber nowadays is transported in rafts on River Angara and its reservoirs. Rafting, though it does not produce such a negative effect of water-bodies, does not exclude their pollution by harmful substances washed from the timber. The reservoirs are littered with hard waste from coastal storage areas and winter raft-assembling grounds, by driftwood lost in the process of raftassembling and from occasional raft wreckage during storms. In Bratsk and Ust’-Ilimsk reservoir is accumulated an order of 2-3 million m3 of «mismanaged» driftwood.

Due to the flooding of numerous rapids and bottom bars by the reservoirs, River Angara became navigable throughout its entire stretch. At the same time, the absence of navigation locks resulted in separation of the channel into individual sections, eliminating the possibility of transit throughout navigation. Consequently, due to the necessity of numerous costly reloads, waterway transportation loses its primary advantage over the means of transportation by land.

The interests of navigation and timber floating often get in conflict with the interests of other participants of the regional aquatic management systems. Dredging and excavation of mineral construction materials by the river fleet led to deterioration of conditions for fishing, fall of the water-level associated with consequent exposure of the existing water pumping stations inlets and interruptions of water supply. Navigation and timber floating do not require high quality of water, while being major sources of pollution of water-bodies themselves: ships discharge petroleum products, suspended matter, sewage and toxic substances, while timber floating industries add phenols, lignin, resins and acids washed from timber in the course of floating. A major damage is also done to the fishing industry.

There is a number of problems to be solved in aquatic transportation. The most important of them are the following: creation of navigation locks to provide for the establishment of throughout transit navigation on River Angara from Lake Baikal to River Yenisei to ensure communication between the lake and the Arctic Sea Passage. From the ecological point of view, a complete discontinuance of timber drift-floating on River Angara tributaries and a major cut-backs on the volume of rafting in reservoirs is necessary.