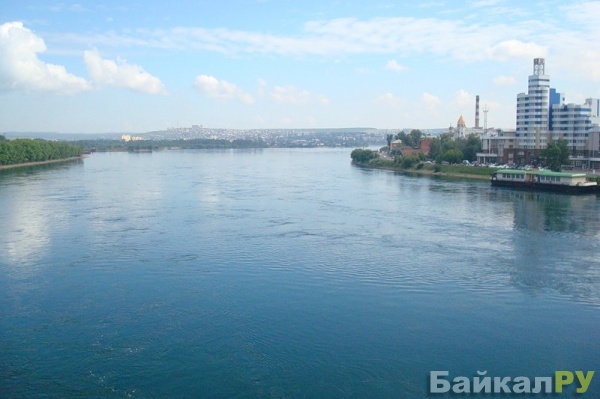 The abundance of aquatic resources determined the allocation of major water-consuming industries: hydro and thermal power stations, timber-processing complexes that include pulp and paper mills, petrochemical facilities and general chemical works, hydrolysis plants and ore beneficiation factories in The Riverside. All the cities within the basin gravitate towards rivers, and, as a rule, the larger the city, the stronger and higher in water-content the river on which it is located. All the major cities with population exceeding 100 thousand — Irkutsk, Angarsk, Bratsk, Ust’-Ilimsk, and Usol’ye-Sibirskoye are located along the main artery of the region — River Angara, and drink of its water.

The volume of fresh water taken from rivers and reservoirs exceeds 2 km3 a year in River Angara basin, which makes 2.5% of the total water intake for the whole Russia, the principle water-consumers being industries and urban population — more that 95%. Up to 90% of the total volume used in the region is pumped immediately from River Angara and its reservoirs.

Water-abundant Riverside does not experience any problems with the quantity, while the issues of quality of aquatic resources are getting more acute. The volume of irretrievable loss of water used is comparatively low, the bulk of it is returned as polluting sewage into rivers and reservoirs.

A major obstacle for the improvement of aquatic ecological conditions are outdated, resource-inefficient and «unclean» technologies. The situation at hand is reflective of the formerly habitual neglect of certain aspects in developing the vast aquatic resources of River Angara.

Paradoxical for the development of one of the most water-provisioned regions of the country is its still insufficient municipal water supply of the population. A number of major and medium-sized cities within River Angara basin, where certain districts still do not have main water-conduits, — Taishet, Nizhneudinsk, Tchermkhovo, Usol’ye-Sibirskoye, Irkutsk, «fall short» of the standard rate of communal water-consumption of 350-400 lit-ers/p.capita/p.day. Even poor water supply (below 200 and sometimes 100 liters/p.capita/p.day) is characteristic of the towns Zima, Tulun, Alzamai.

The creation of the major River Angara reservoirs considerably increased the general water-provision of the region, though caused a substantial decrease in the quality of water. Regulation of the river greatly deteriorated its self-purification capacities due to decelerated water-exchange in the artificial «seas», decline of mixing processes and extended duration of freezing. Besides, those are precisely the reservoirs with their lowest capacity for self-purification, where harmful substances discharged with sewage into River Angara and its tributaries, accumulate after the fashion of enormous settler tanks. Same reservoirs are the place where vast amount of sunk wood is rotting. Consequently, in spite of the immediate absence of direct pollution in hydro electric power generation, hydroenergetics could in no way be rendered ecologically harmless industry.

Angara - the daughter of Baikal → THE LEGEND OF ANGARA